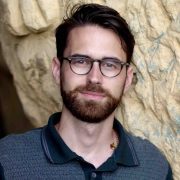 Wim Peumans is a former Postdoctoral research fellow at the African Centre for Migration and Society, University of the Witwatersrand, Johannesburg, as part of the Andrew Mellon funded project ‘Governing Morality: Sexuality, Gender and Asylum in South Africa’. As a fellow of the Research Foundation Flanders (FWO – Vlaanderen), he obtained his PhD in social and cultural anthropology at the Interculturalism, Migration and Minorities Research Centre (KULeuven, 2015). His dissertation was titled ‘Unlocking the Closet – Same-sex Desire among Muslim Men and Women in Belgium’. He was a visiting trainee fellow at the School of Anthropology and Conservation (University of Kent – Canterbury) in 2014 – 2015. His study on sexual migration to Belgium won the Marguerite Lefèvre Award for Genderstudies (Academische Stichting Leuven, 2010) and was published as a book (Acco Leuven, 2011, ‘Seks en Stigma over Grenzen heen’).