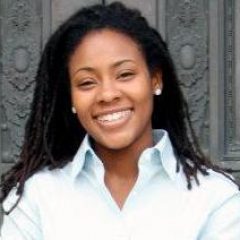 Nafeesah Allen is an American national who completed her PhD at ACMS in 2019. She previously graduated cum laude from Barnard College at Columbia University in 2006 and completed a Masters of International Affairs at Columbia University in 2009. There her specialisations include Latin American languages and literature, as well as race and social policy; she was granted an Institute of Latin American Studies fellowship to pursue research on cultural and political representation of Brazil’s African Diaspora in the late 20th century. In 2013, she completed a postgraduate diploma in Folklore & Cultural Studies at Indira Gandhi National Open University (IGNOU) in New Delhi, India. She was nominated for IGNOU’s Gold Medal for meritorious academic performance for her ethnographic thesis on women of the Indian Diaspora. She has published pieces in academic journals (‘Scholar & Feminist Online’ and ‘The Journal of International Affairs’) and literary publications (Hanging Loose Press’ Shooting the Rat and Hanging Loose). She has held various U.S. based international and public policy fellowships. She is a native of Newark, New Jersey, USA, and currently lives in Maputo, Mozambique. Her thesis was on Becoming Mozambican: National Identity development among the Indian & Pakistani Diaspora in Maputo in the late 20th century. This study focused on people of Indian and Pakistani origin now living in Mozambique. While the thesis generally highlights the uniqueness of this migration route, it touches on wider trends of global south-south migration, African and Asian linkages, and Portuguese colonial history. The thesis investigates how Mozambican national identity among migrants of Indian & Pakistani origin was shaped by three major events: 1) the partition of India and Pakistan in 1947, 2) Mozambican independence from Portugal in 1975 and 3) the end of the Mozambican civil war in 1992.