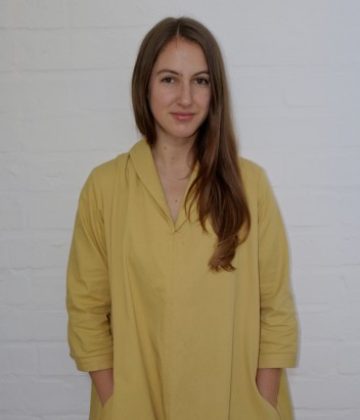 Brittany Birberick joins a Mellon supported project on Mobility, Temporality, and Africa’s Future Politics at ACMS. Brittany is a sociocultural anthropologist specialising in Southern Africa whose research interests encompass aesthetics, temporality, race, work, and urban redevelopment. She is a doctoral candidate in the department of anthropology at the University of California, Berkeley. She received a BA in anthropology from the University of Chicago. Her dissertation, Paved with Gold, explores the historical and embodied residues of future-oriented urban development in Jeppestown, Johannesburg. From the area’s founding as a prospective residential neighbourhood for white, middle-class gold miners at the turn of the 20th century to its more recent past as proposed site for new development that would alleviate the inner city housing crisis, the history of this peripheral part of the city has never been settled, and its future is always being imagined and re-imagined. The dissertation tells the story of a city’s “buffer zone” built on uncertainty and speculation. Buffer zones—peripheral zones of the city marked by mining, industry, or infrastructural barriers—were utilized by the apartheid government to spatially enforce segregation. In post-apartheid Johannesburg, the buffer zone remains a key site of governance, but now governed through the stated aim of undoing the racial and economic barriers of the apartheid regime and constructing a more equitable ‘world class’ city. This narrative of urban development, rather than urban governance, however, is undermined by forced evictions, corruption, violence, and xenophobia. The dissertation explores how the buffer zone of Jeppestown collects the residues of these failed urban development plans. It also considers how Jeppestown residents living under multiple waves of uncertainty navigate their daily lives, tend to the past, and build images of the future that are otherwise. Brittany also thinks and writes about gambling, futures, and speculation, particularly through the lense of fafi. Her article, “Seeing Numbers: Interpretations of Dream Images and Urban Uncertainty,” is forthcoming in the next issue of Hau: Journal of Ethnographic Theory.